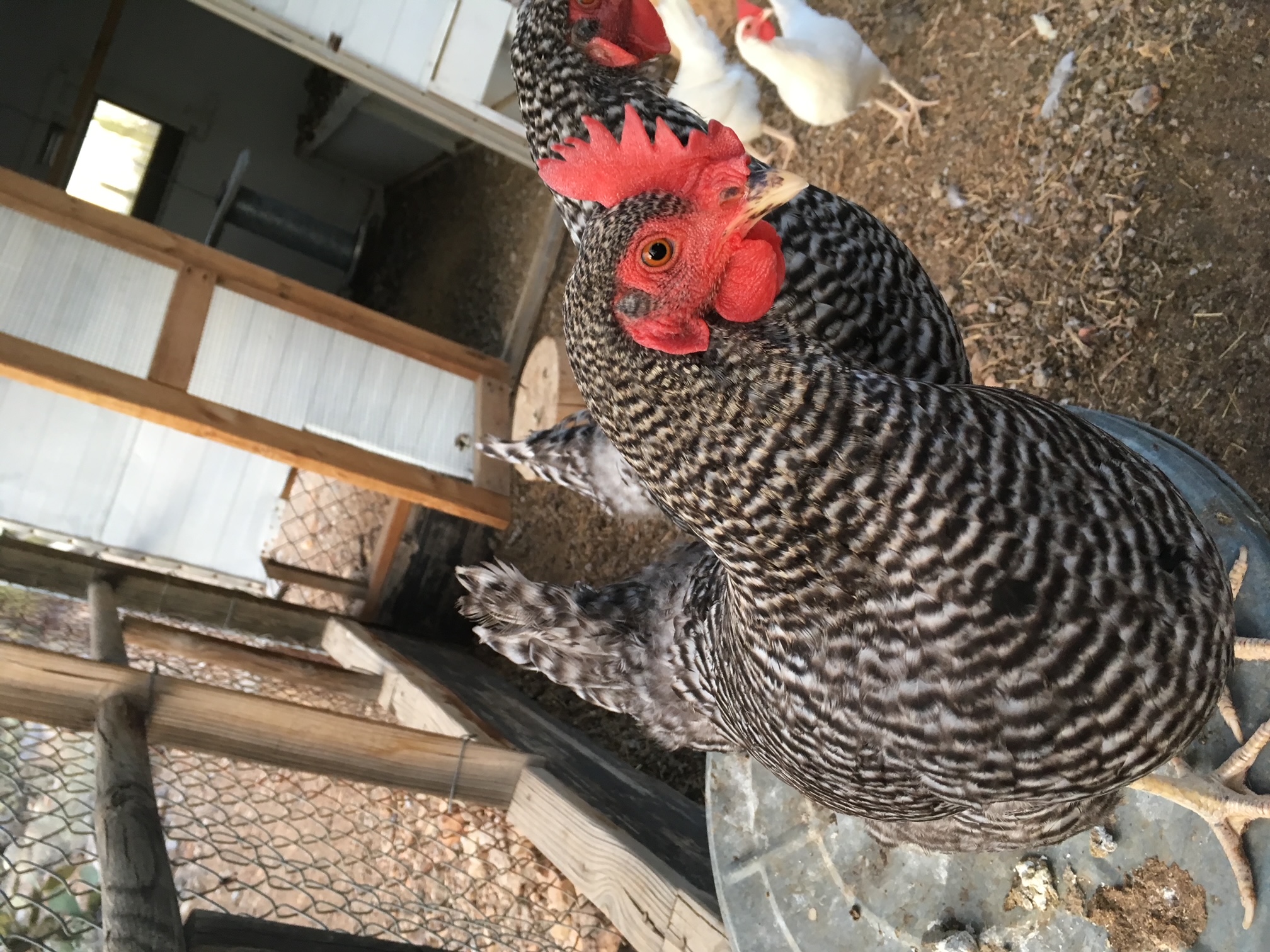 My sister lives just outside Tucson, Az in a semi-rural neighborhood. The pest they fight most there is packrats. Packrats are desert animals, but they are quick to move into any areas of your house or yard where they find a hole – in the shed foundation, under the grill, anywhere. The way they chew and shred material for nests and pack in all sorts of debris is quite destructive. They wreck stuff, and the nests smell gross, and if you give them any little area, any hole, any opportunity, they are right in there.

My sister’s kids are in charge of filling the chicken feeder as one of their chores, but the feed is in a large, heavy bag… so the younger one is out there, trying to hold the feeder upright while pouring from this large bag, and OF COURSE, you can see it happening, the bag is slipping and the feed is all over the ground, and now – what a waste! This feed was supposed to go to the chickens and now it’s just is going to feed the packrats! Ugh!

I keep seeing the pest population in the beginning of Mark’s gospel. Do a survey of the first three chapters: The crowds are amazed. They’re astonished. The whole town is at the door. When Jesus tries to get a moment to himself, it’s, “Everyone is looking for you!” He could no longer publicly enter a city. So many were gathered that there was no room, even near the door. He went to the seashore and all the people were coming to him. There were so many that he and his disciples were not even able to eat.

And it’s not the best sorts of people either. Oh, the respectable people have representatives there. But the crowds are made up of the desperate. These are the diseased people. They are “the afflicted” people. And it says “those with diseases were pushing forward to touch him…” – particularly horrifying behavior right now, isn’t it!? These are the possessed people trying to be rescued from their torment while their demons convulse and try to “out” Jesus. They’re the lepers, the cripples, the tax collectors and the sinners. There is no doubt that these crowds are the riffraff.

And they LOVE Jesus, the riffraff.

The riffraff has the gall to brag on how much better Jesus is than the scribes: “A new teaching with authority!” It’s like “Saul has slain his thousands, and David his tens of thousands!” all over again, and the Scribes are just as unhappy with the comparison as Saul was.

And then, Jesus stands right in front of the respectable religious with the man with the withered hand, flouting the law and telling them they don’t even understand what the law is for.

Their clever attempt at undermining him by attributing his work to Beelzebub? Jesus answers that by telling them they don’t know what being on the side of God is, or even what it means to be God’s people. They are spitting mad, ready to kill him… and he’s still spending all his time with these crowds of low people.

The low people come to Jesus, again at the seashore, a “very large crowd.” Right in the press, the physical crush of these sinful, diseased, afflicted people – these riffraff – Jesus tells another of his strange, enigmatic stories. “Listen! See, a sower went out to sow. And it happened that some fell beside the road… Some fell on the rocks… some fell among the thorns… ” Wait, where? Ancient Palestinian sowers scattered seed by hand, but they didn’t just throw it anywhere and everywhere. They sowed as they went through the field. Where the good and proper soil is. The soil that’s been prepared and is ready to grow something. The worthwhile soil. Not the road, the rockpile and the weedpatch. Jesus has a very strange sower. Why is he just wasting the seed, throwing it everywhere, not focusing on the good soil?

When the disciples question Jesus about this parable later, he explains what the seed is, what the soil types mean, what the harvest is. But he doesn’t explain why the sower was being so wasteful, does he? Why isn’t the sower focused on the good soil? Why is he wasting good seed? Jesus doesn’t explain this, just tells us that the sower sows everywhere - not only on the respectable and prepared soil, but everywhere, even where one would assume the soil is unlikely to be worth anything. Because it turns out that the good soil is the soil that produces a harvest.

Jesus is out in the diseased crush, throwing seed in the rockpile and the weedpatch. He’s wasting the good news. He’s throwing feed to the packrats. The respectable religious don’t understand what he could be doing. They know he ought to identify his target market of the good soil, the field, the chickens. But Jesus keeps casting out that good seed everywhere. He can do that, because he’s in among them all, being pressed in on by the dirty rich and afflicted poor.

Who is really a rockpile? Who isn’t the target market? Who is really a packrat and – who is really a chicken? Who might, despite all preconceptions, turn out to have ears to hear? Who is the unlikely in my life who might turn out to be good soil, if only I’m willing to waste the word of the gospel?

Thank you for subscribing!

Please check your email to confirm your subscription.  When you do, you'll be able to download our

free and easy printable bookmark on reading the